The placement of larger solar thermal plants (solar district heating or photovoltaics) in the rural areas has been very popular in recent years and are expected to only gaining in popularity. Solar thermal plants are typically placed in short distance to a heat sink, i.e. cities, towns and townships, where they cover parts of the heat load. For photovoltaics the distance to urban areas is not as critical, as electricity can be fed into the electricity grid. Both technologies share that they are typically placed on what used to be farmland.

You can see the booklet below (only available in Danish): 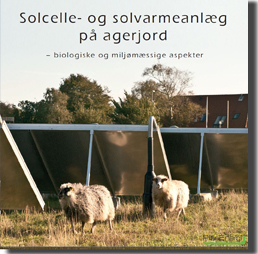